L'Borean is an aquatic-themed dimension. 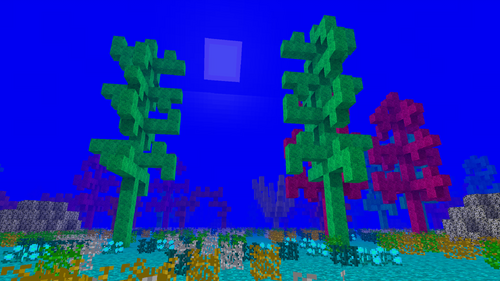 Realmstone to this dimension is obtained from luring a Gardencia mob into Candied Water, then defeating it.

L'Borean's generation consists of a massive ocean. The ocean itself is completely filled with water, and stretches from the ocean floor (y=31-32) to the barrier ceiling (y=127), making the ocean up to 96 blocks deep in some places.

There are five structures that can be found in L'Borean:

The mobs of L'Borean are aquatic themed. There are 6 hostile mobs in L'Borean. Out of those 6, 2 of them are hunter mobs.

The L'Borean Loot Table consists of the following items that can be dropped by all hostile mobs and bosses in the dimension (but not the NPCs):