Augury is a skill that is temporarily being removed from the game.

The Augury skill cannot be leveled up naturally in the game. The only way to level up the Augury skill is if the player leveled it up above level 15 before updating past the 3.2 update. The player can then continue to level it up with skill crystals.

Players who created their worlds after the 3.2 update or did not level up past level 15 before updating are unable to level this skill up.

Players who do manage to level up Augury will find the only reward in doing so is that once the player reaches level 100, the player can wear the Augury Armor which is an unobtainable armor set. 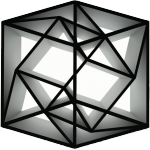